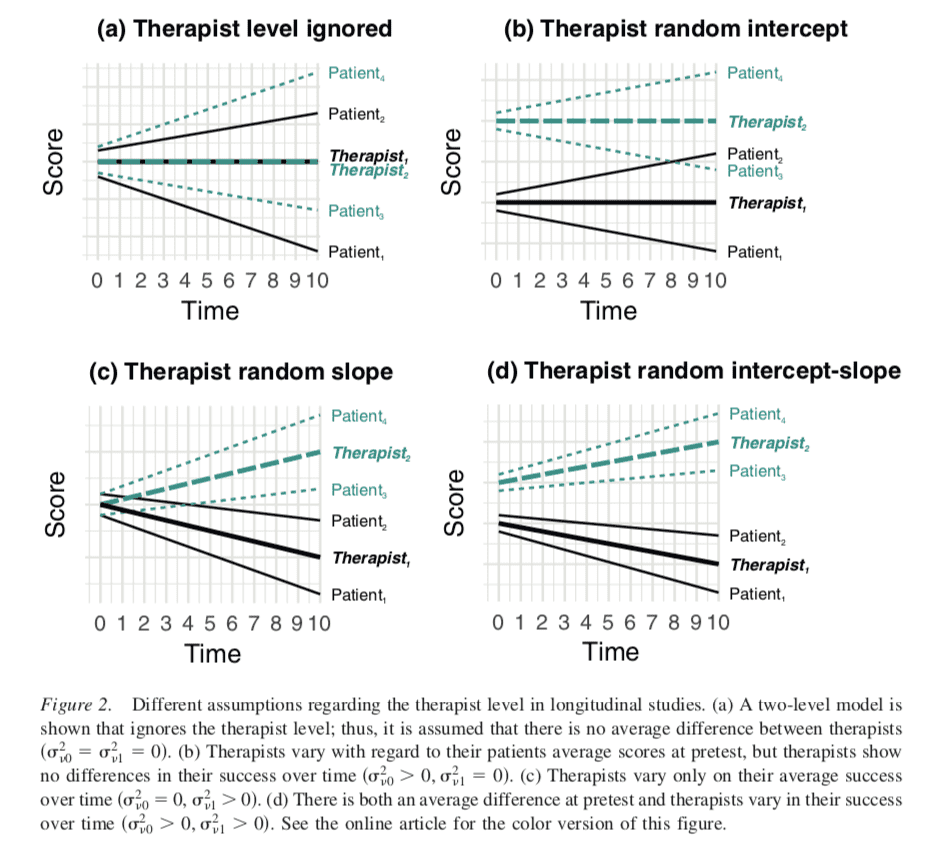 We also reviewed the clinical trials published in JCCP during 2008 to 2017, and found that a majority of the trials performed a longitudinal analysis using linear mixed-effects models (LMM)–however none of the studies allowed for longitudinal therapist effects.

In the paper we show that when investigators incorrectly ignore even small therapist effects in longitudinal data, the Type I errors could be notably increased when: 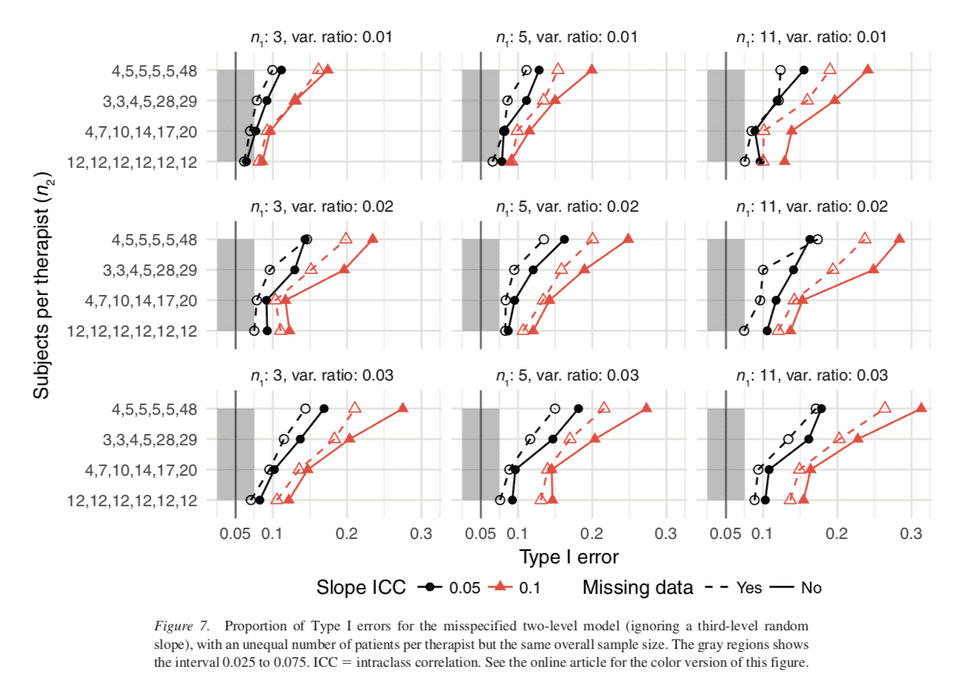 We investigate the 3-level model with a random slope at the therapist level, and show that it offers an easy way to keep Type I errors at the correct level–even with as few as 2 therapists (when Satterthwaite dfs were used). A large number of different simulation conditions were used, including missing data, partially nesting, and unbalanced allocation of patients to therapists.

We conclude that investigators should include enough therapists both so that the 3-level model has enough power, and that the variance components can be investigated without bias. There are several reasons for this; in clinical psychology, the treatment and the study therapists are intimately intertwined, and they cannot be easily separated in the analysis. The importance of the therapists is basically recognized in all trials and a lot of effort is put into training, supervising, monitoring adherence, etc. Which makes it the more strange that all studies assume all therapists are equally effective in their analysis.

In the paper, we focus on LMMs, but we are aware that there are other options to deal with therapist effects, like fixed effects or design-based methods. We do not investigate these models in this article. These models have been extensively discussed in clinical psychology and there is wide agreement that random effects models are preferred. Personally, I agree, and especially regarding therapist effects, that a random effects (partial pooling) model is generally preferred compared to e.g. fixed effects (no pooling/dummy coding) models.

All code is available from https://osf.io/egj4m/. The simulations use my R package powerlmm, which can be used to:

Basically, the simulations in the article are based on the following code (using a large combination of parameter values)