Working with shapefiles, projections and world maps in ggplot

In this post I will show some different examples of how to work with map projections and how to plot the maps using ggplot. Many maps that are shown using their default projection are in the longlat-format, which is far from optimal. For plotting world maps I prefer to use either Robinson or Winkel Tripel projection—but many more are available—and I will show how to use both these projections.

Before we get started you need to download a couple of shapefiles that we will use. You can find them here:

Put them directly inside your working directory. We will use functions from the rgdal-package to read the shapefiles into R, so if you do not have it, you need to install it before you continue.

This will create a longlat-projected world map. 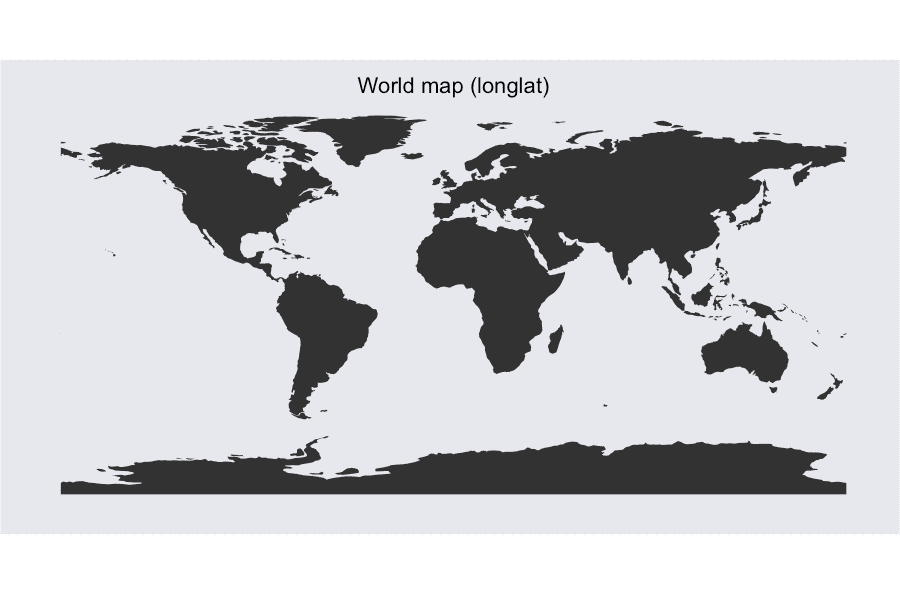 Here the world map is shown using the Robinson projection. 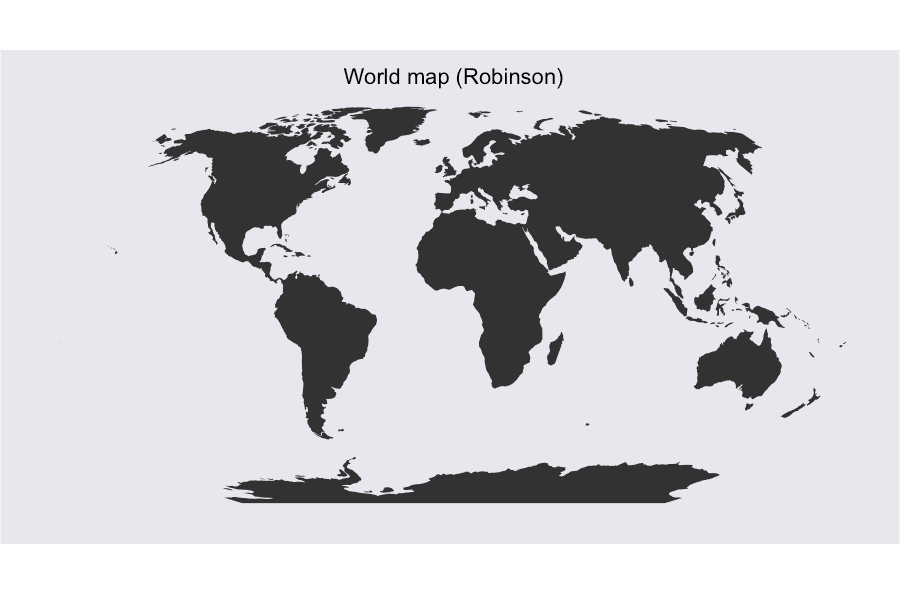 However, the Caspian sea is missing. This is because of how ggplot handles polygon holes. Ggplot will plot polygon holes as a separate polygon, thus we need to make it pseudo-transparent by changing its fill color.

Now the Caspian sea is visible. 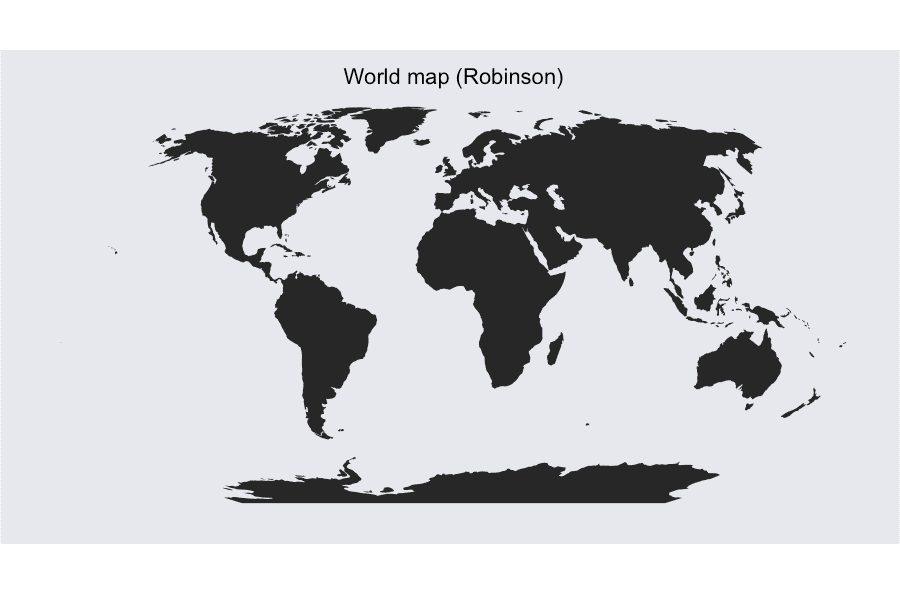 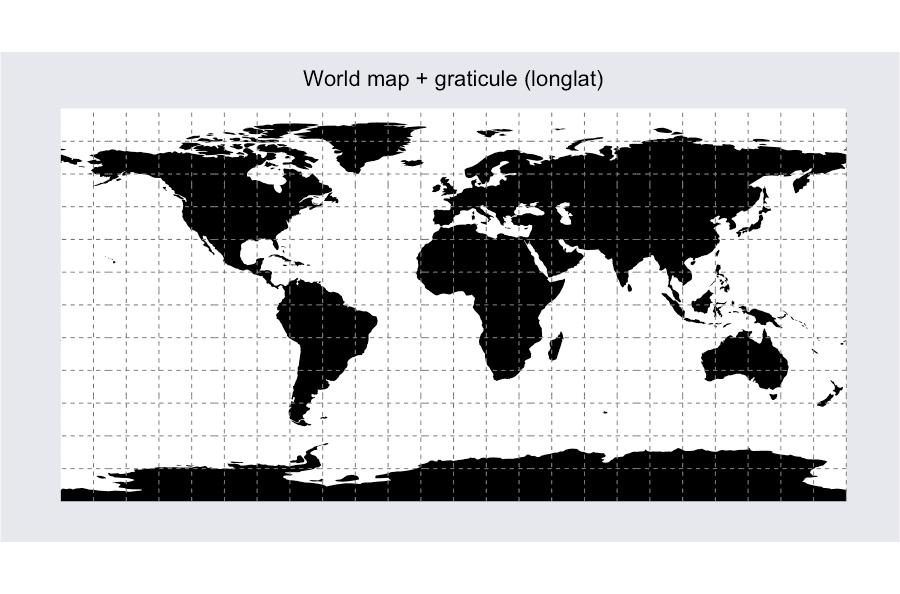 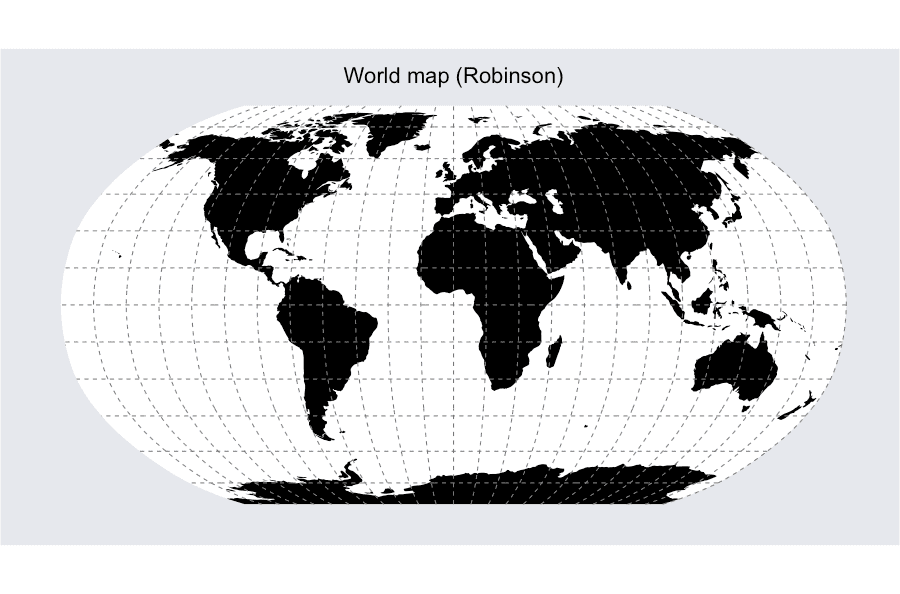 Here I have added country borders to the previous map plot. 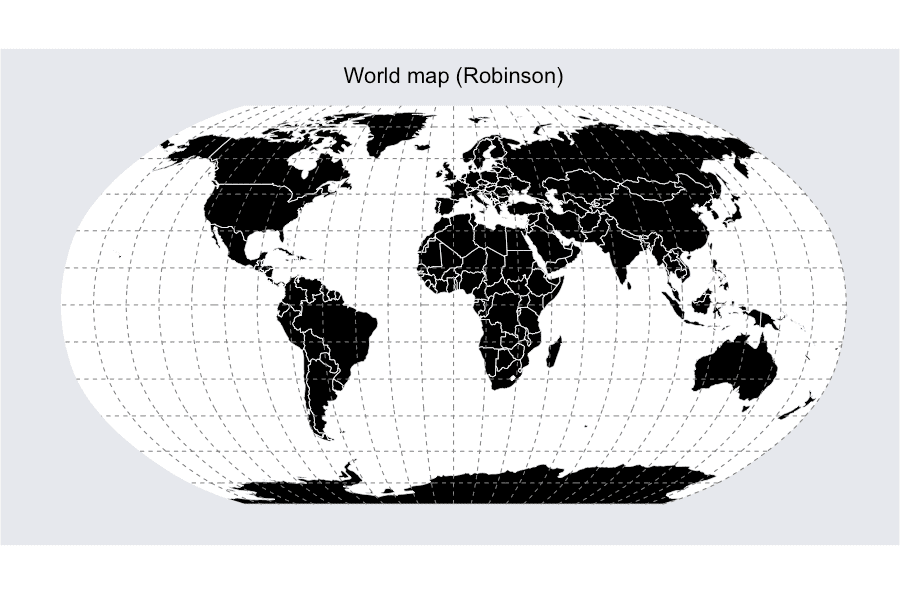 Bubble plots are a popular way of displaying information on maps. Here I used project() to reproject the bubbles’ coordinates into the Robinson projection. 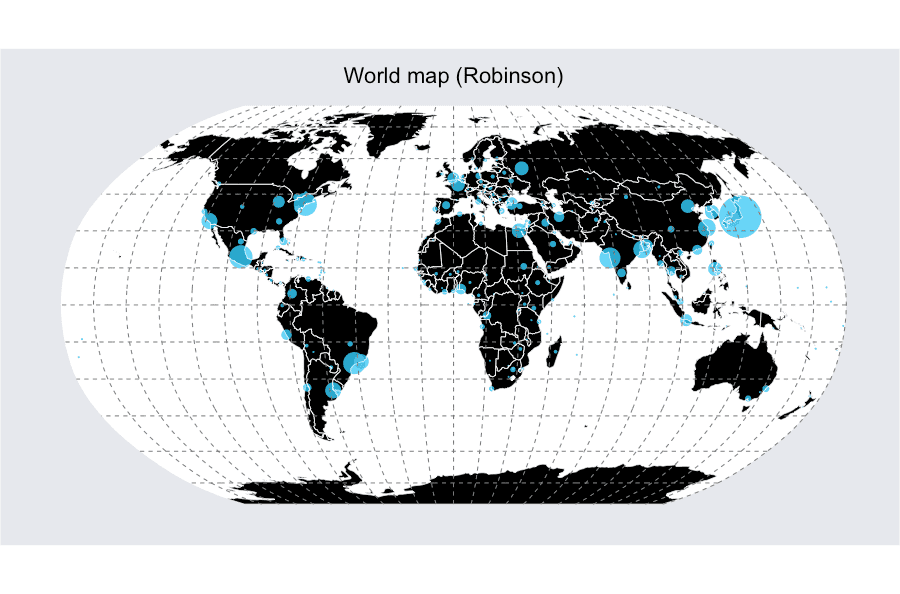 Lastly, here is an example of the Winkel tripel projection. This projection became popular after 1998 when the National Geographic Society choose to use it for their world maps—using it to replace the Robinson projection, which they previously used. 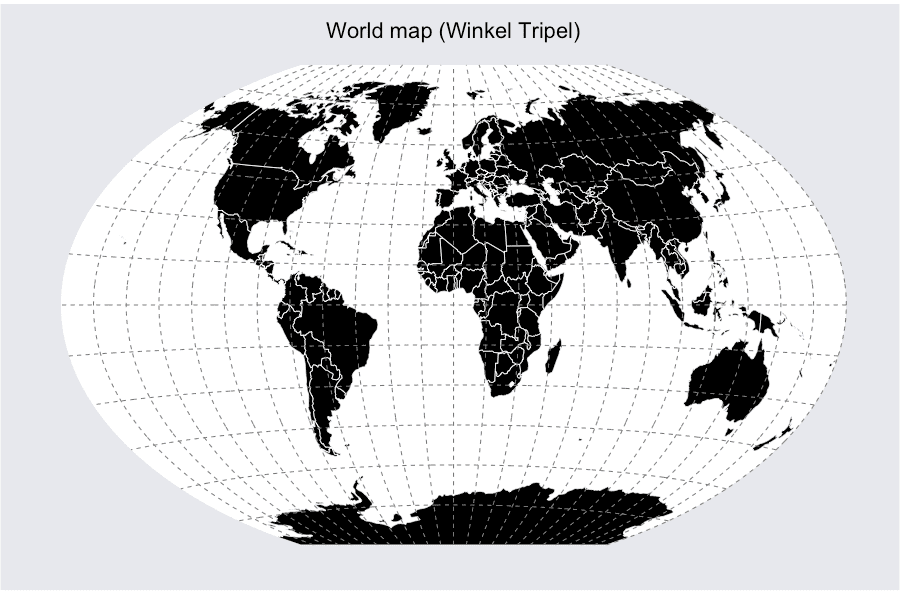